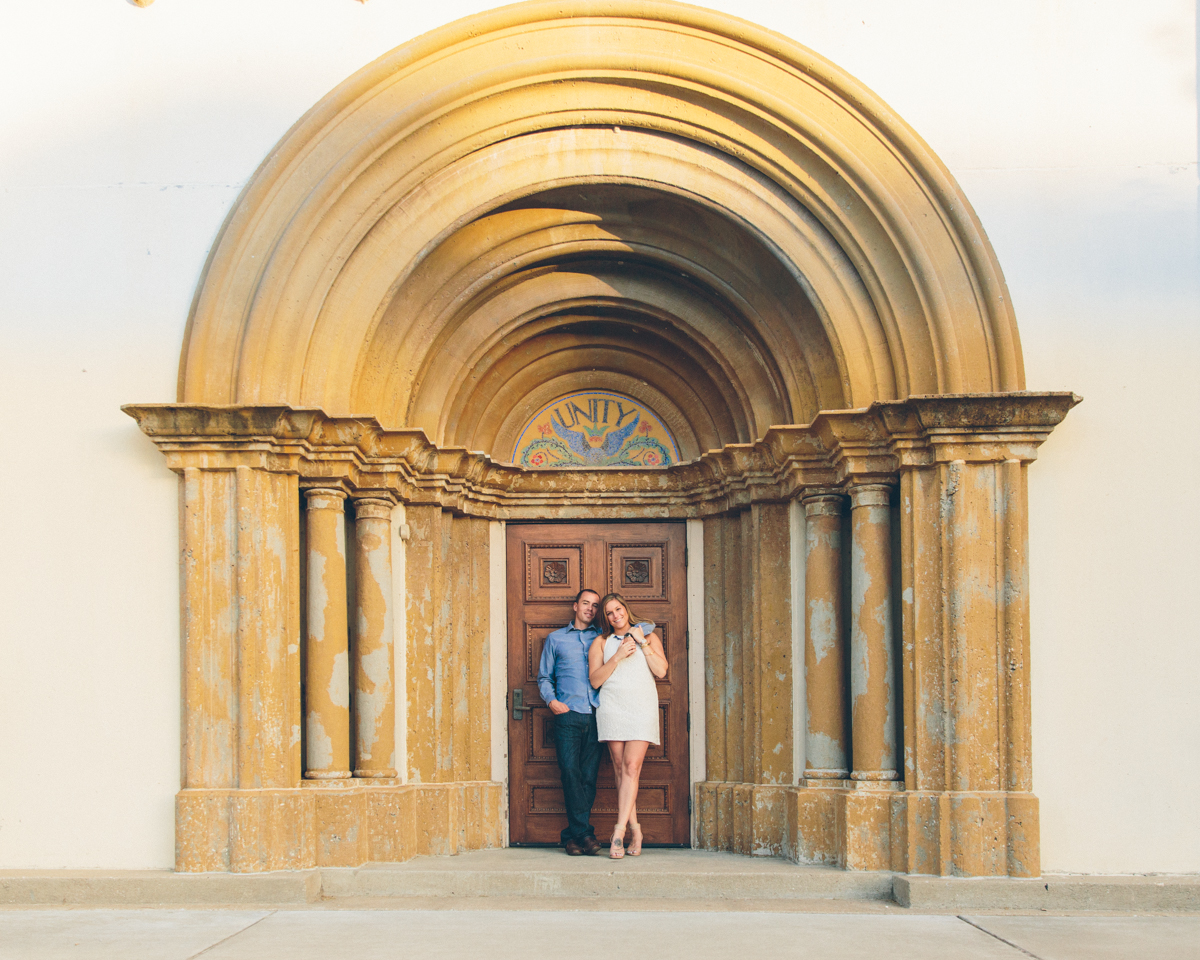 Baseball rivalries and Mediterranean vibes were in full effect for this gorgeous Lee’s Summit engagement session.

I met Caitlin and Daniel when I shot Caitlin’s sister’s wedding earlier this summer. They were an absolute blast to be around during the wedding, so I knew their engagement session wouldn’t disappoint. We started off the shoot at the train depot in downtown Lee’s Summit, where they sported their respective North Side/South Side rivalry jerseys which I suppose proves that opposites do attract. They also brought along their awesome German Belgian Shepherd puppy Sidney for some shots and she could not have been cuter!

From there we headed over to the always gorgeous Unity Village where we basked in the amazing golden hour light took full advantage of all the pools, bridges and architecture of the community has to offer. 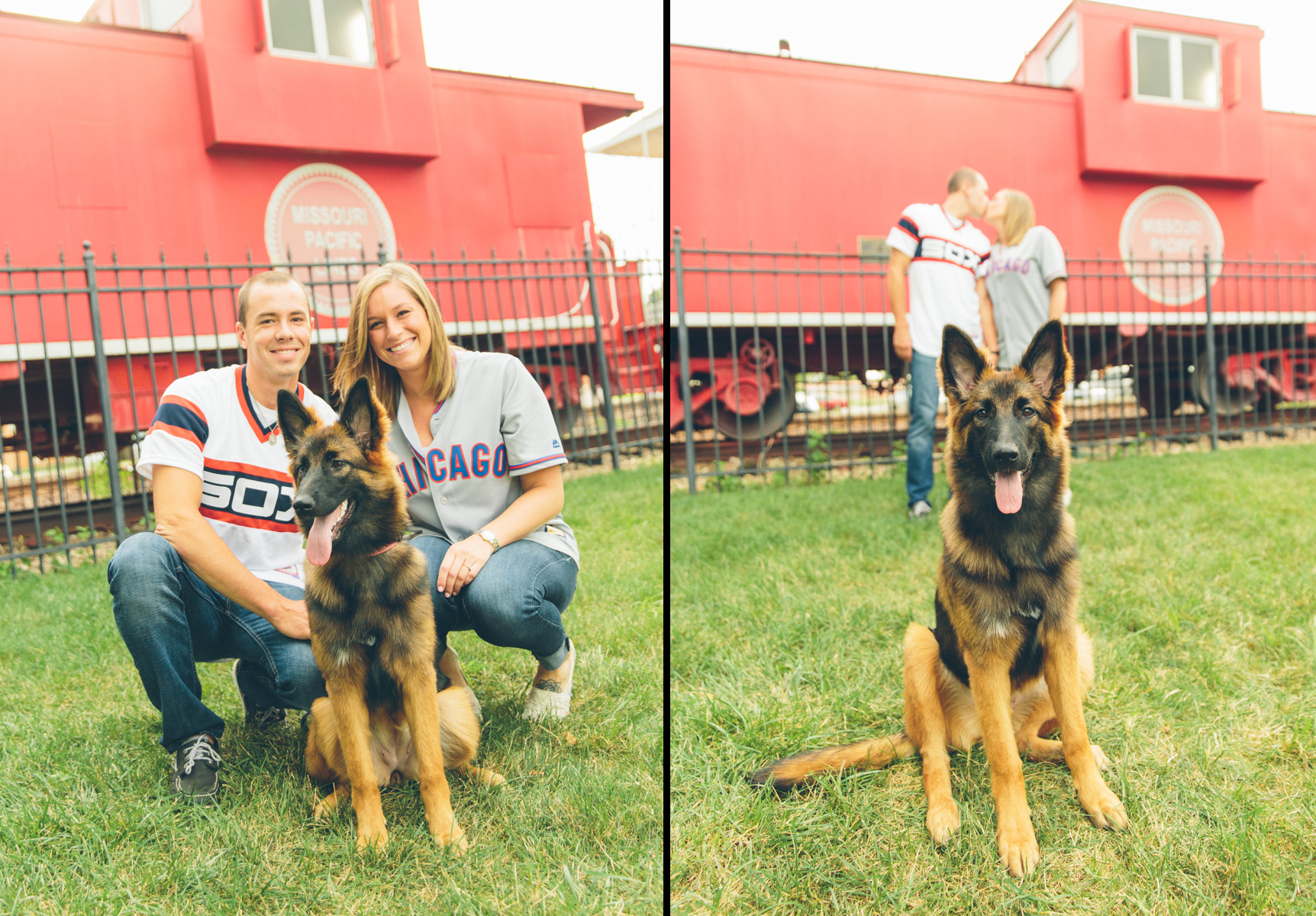 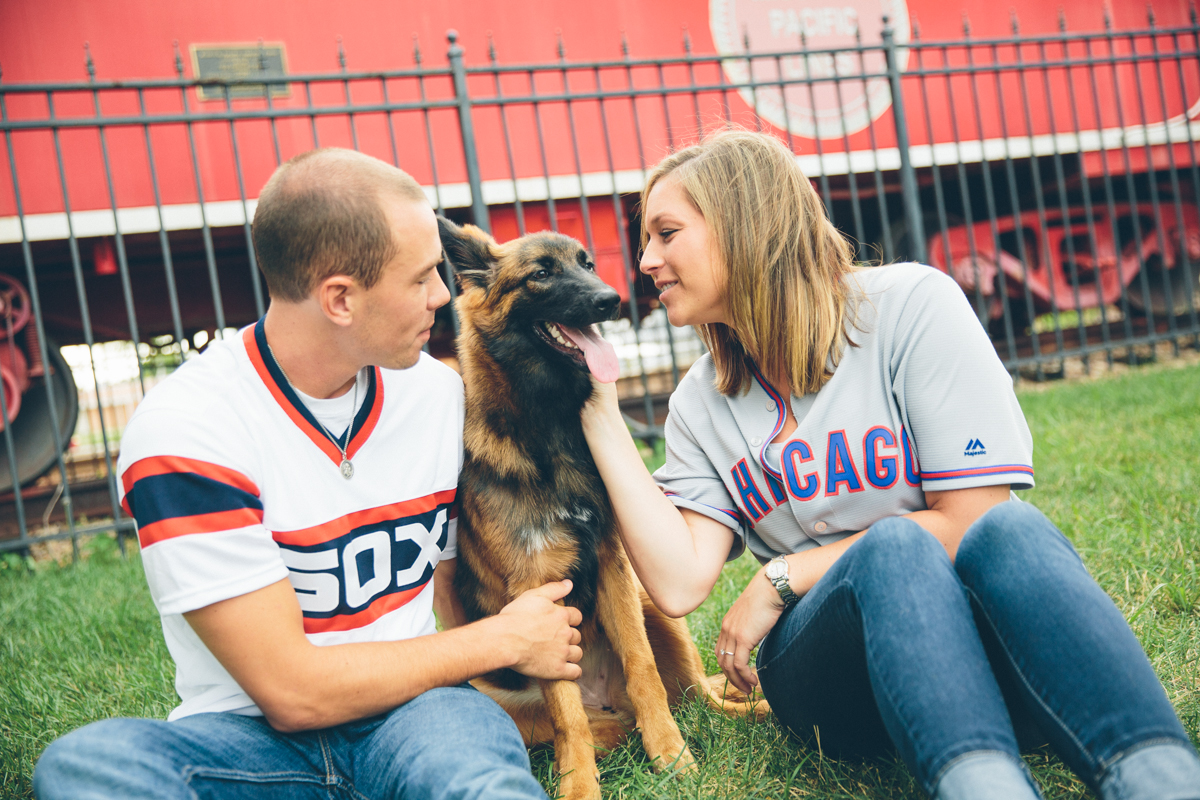 I mean seriously, how cute is this dog!? 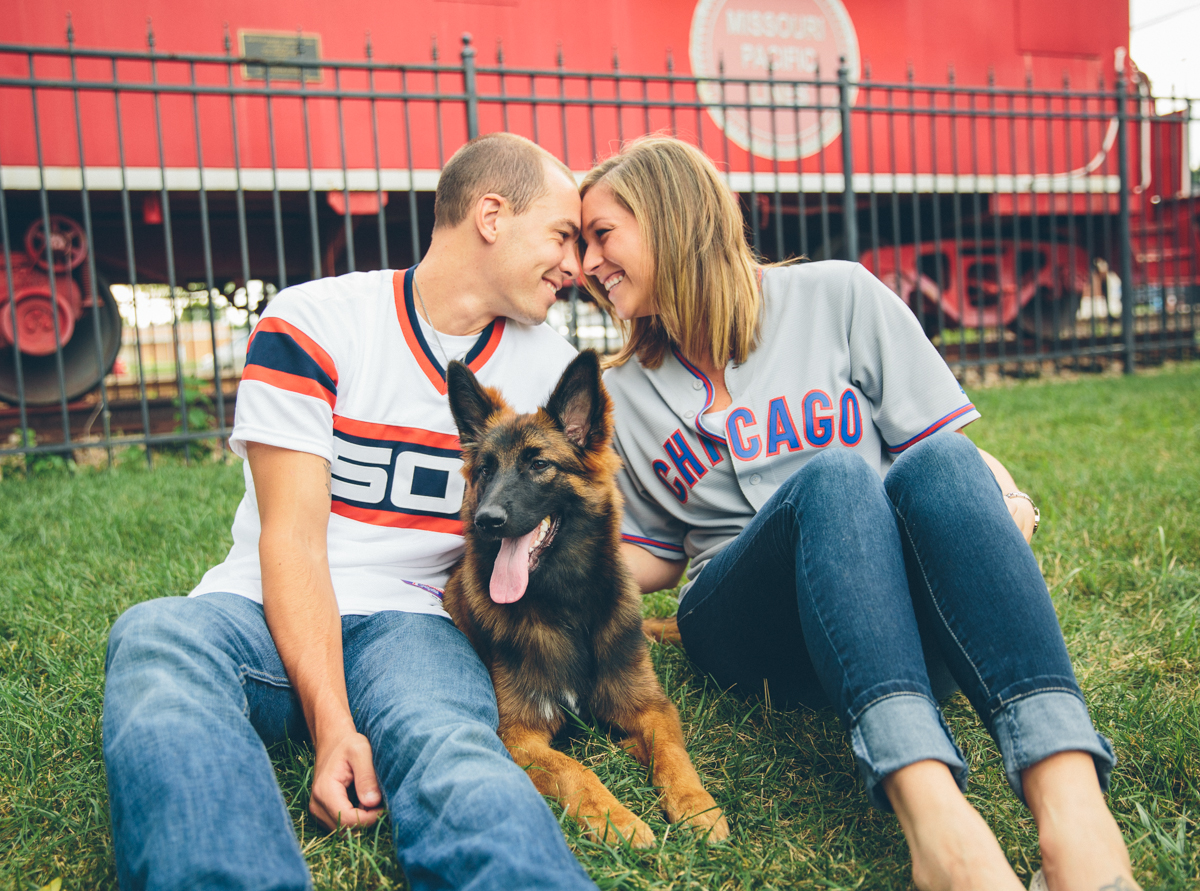 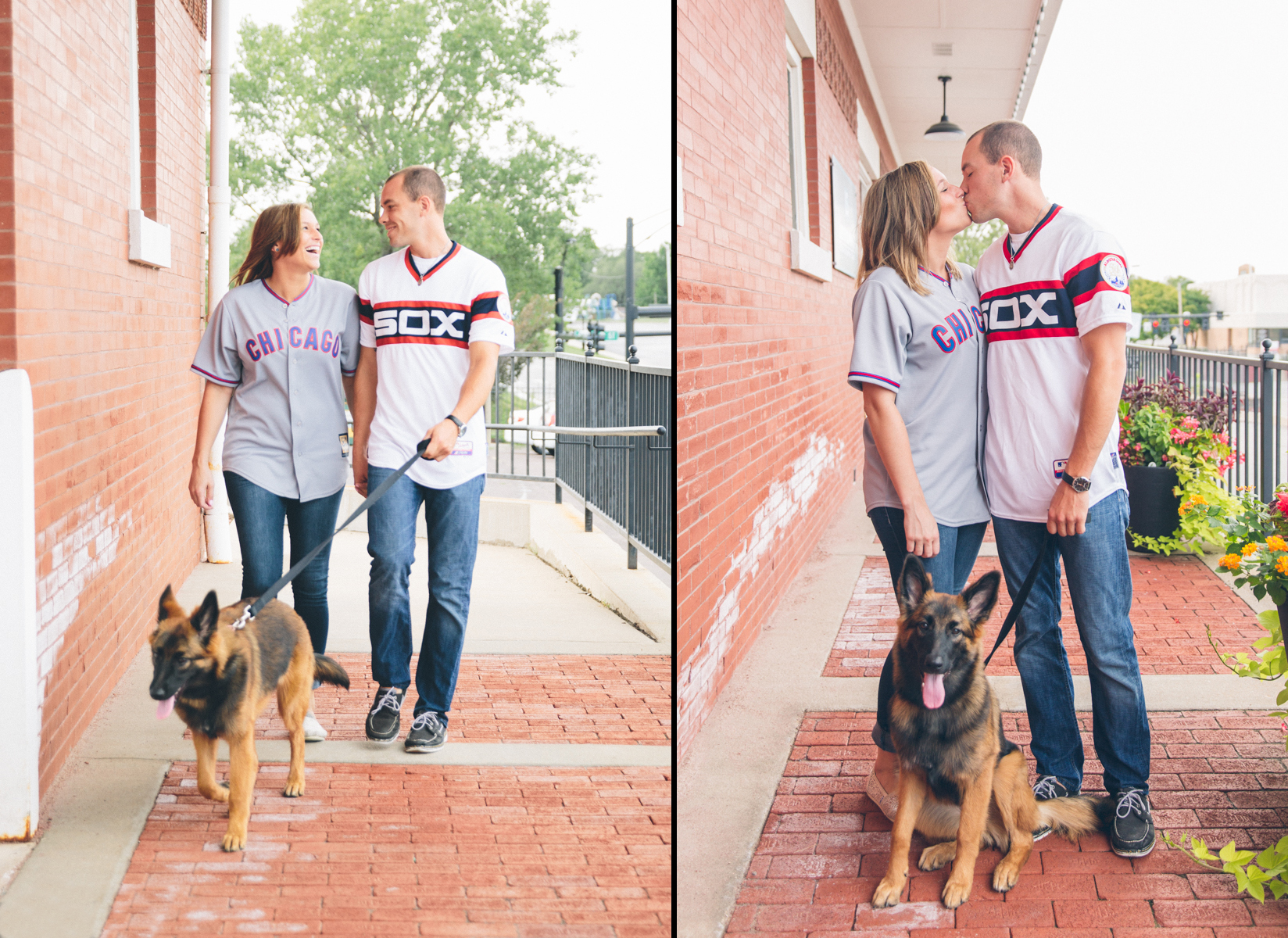 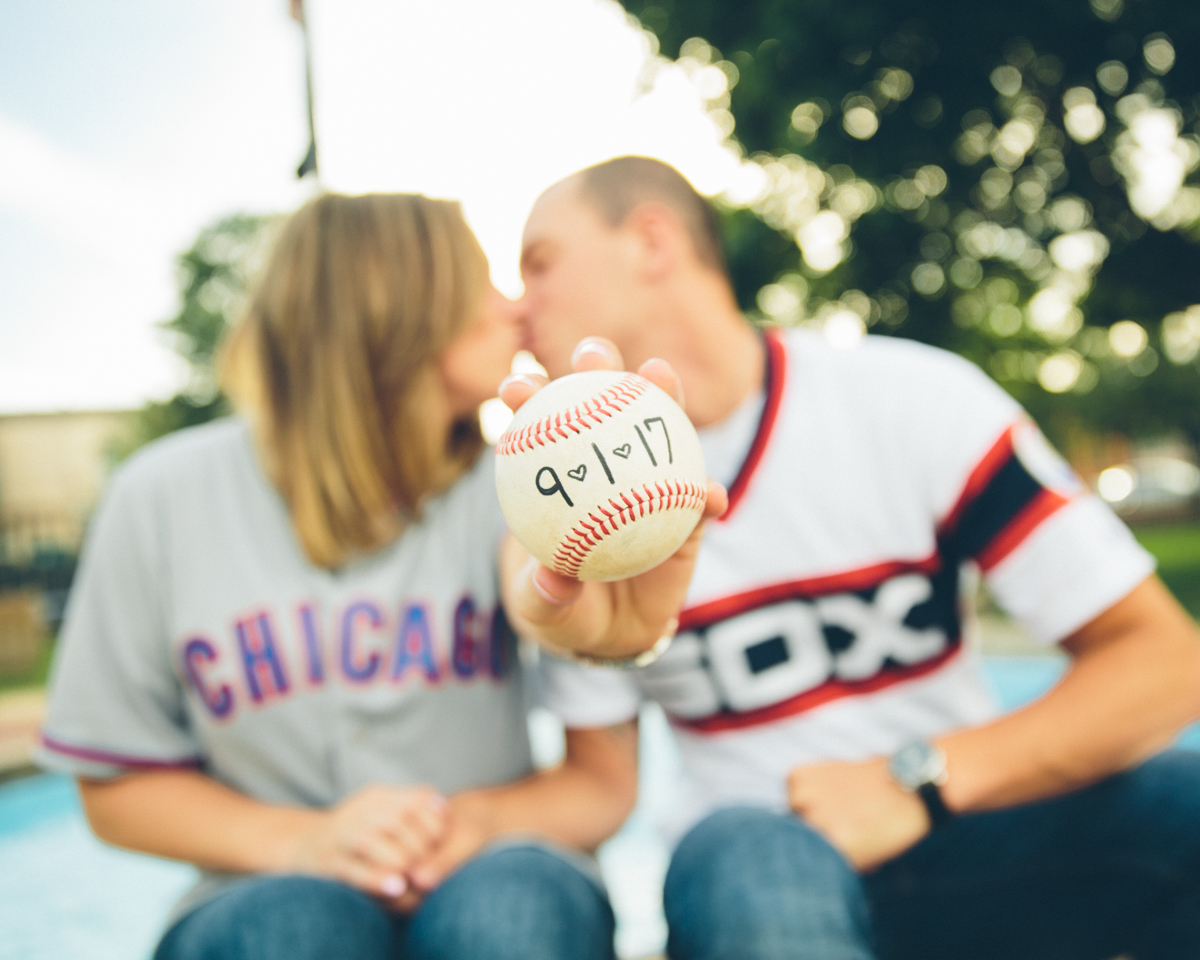 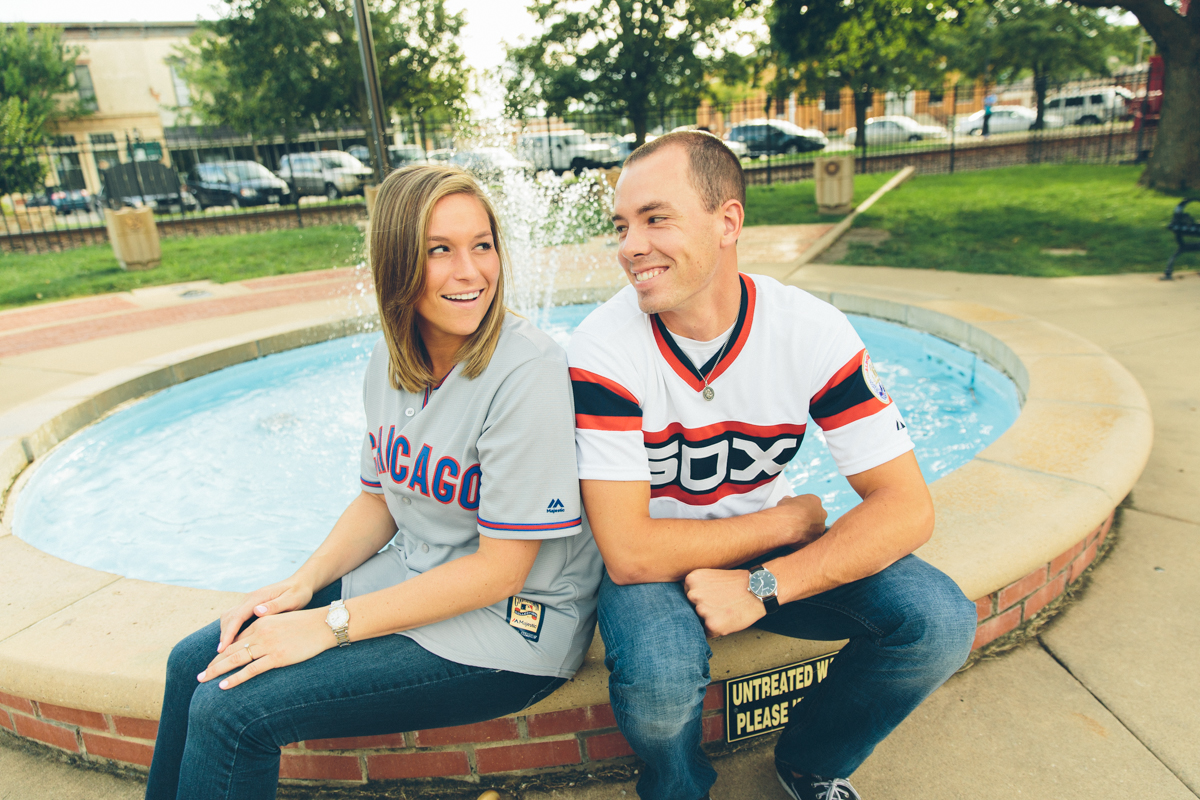 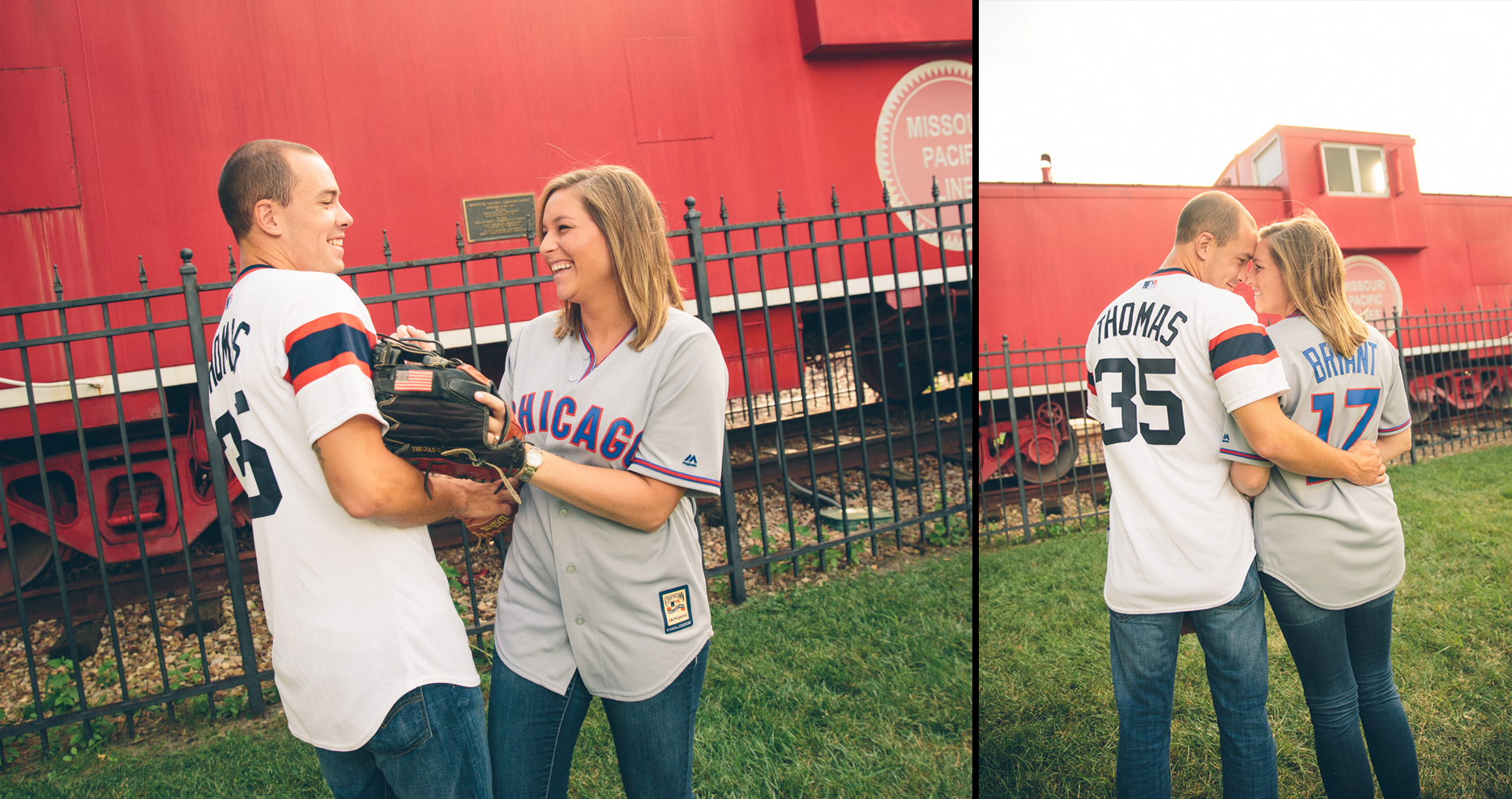 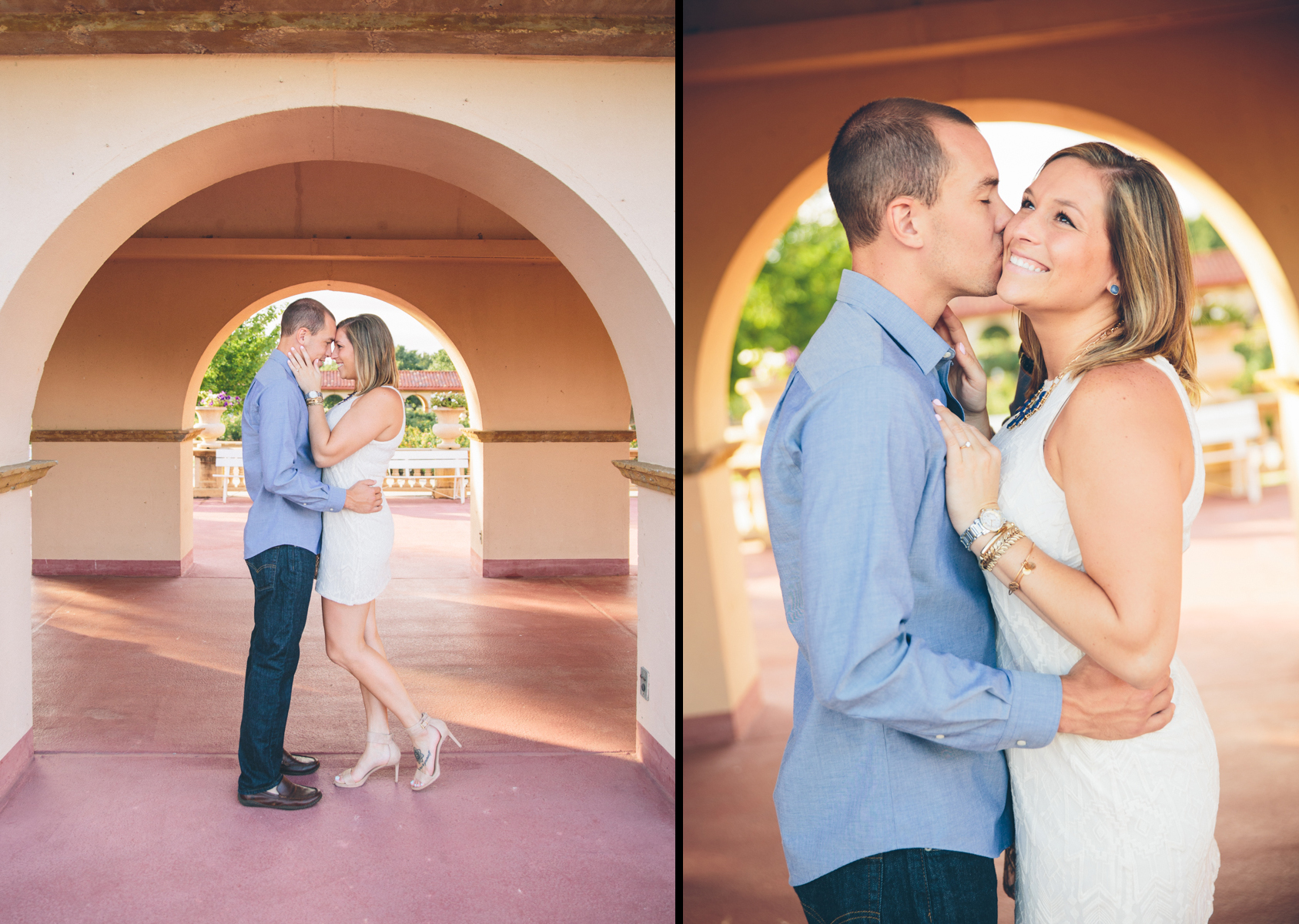 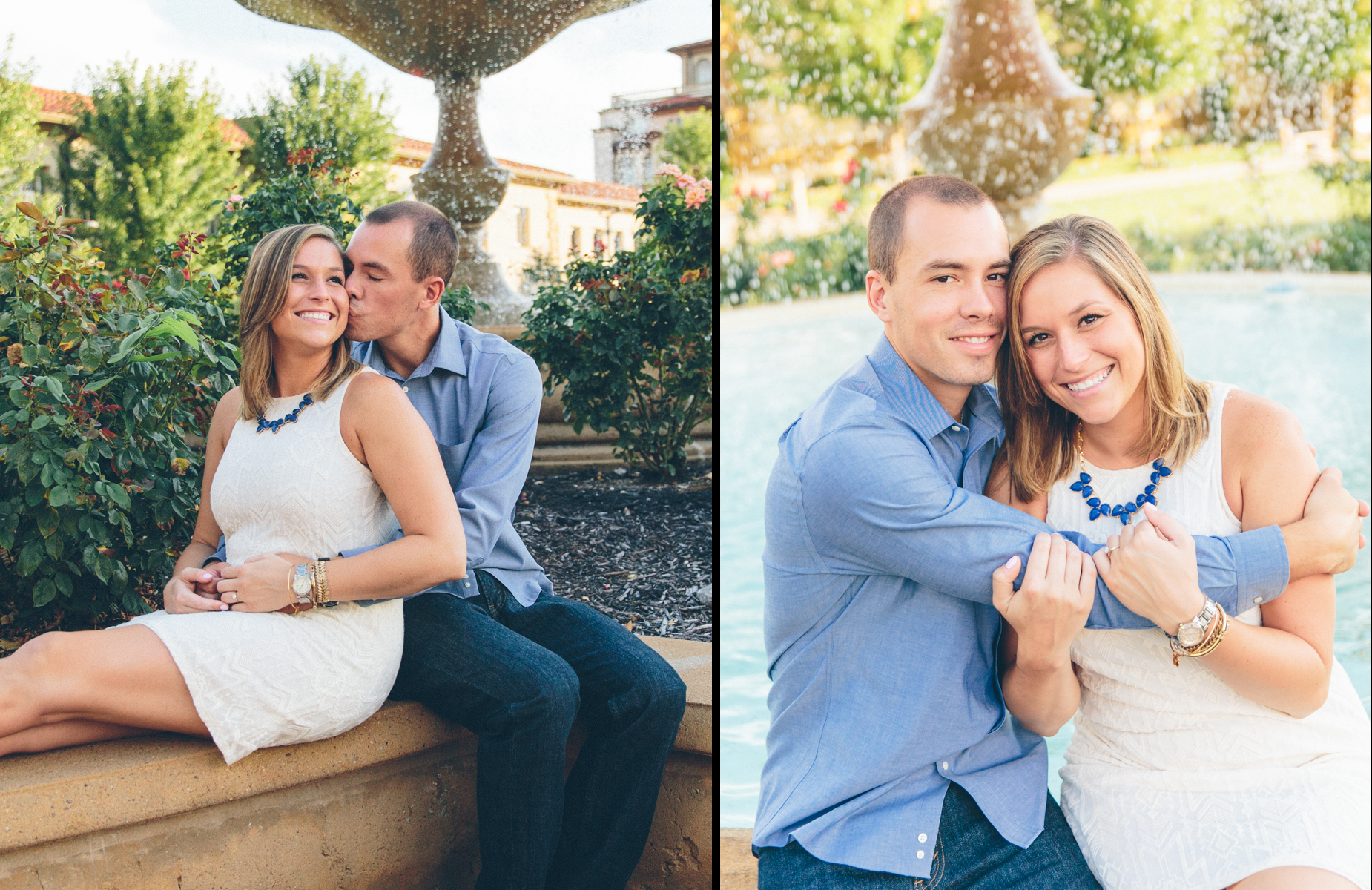 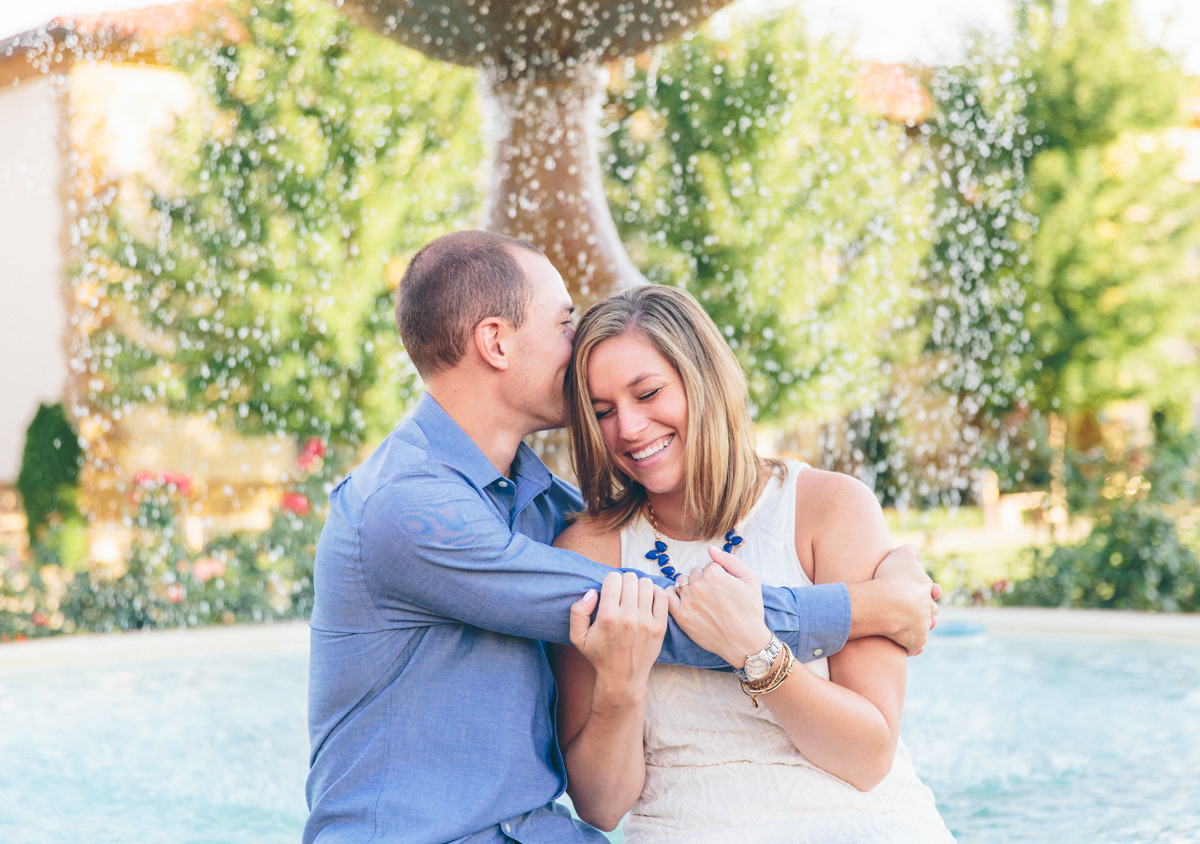 This might be my favorite photo from the entire session. I heart the natural chemistry and love between these two! Oh, and falling water droplets, too 🙂 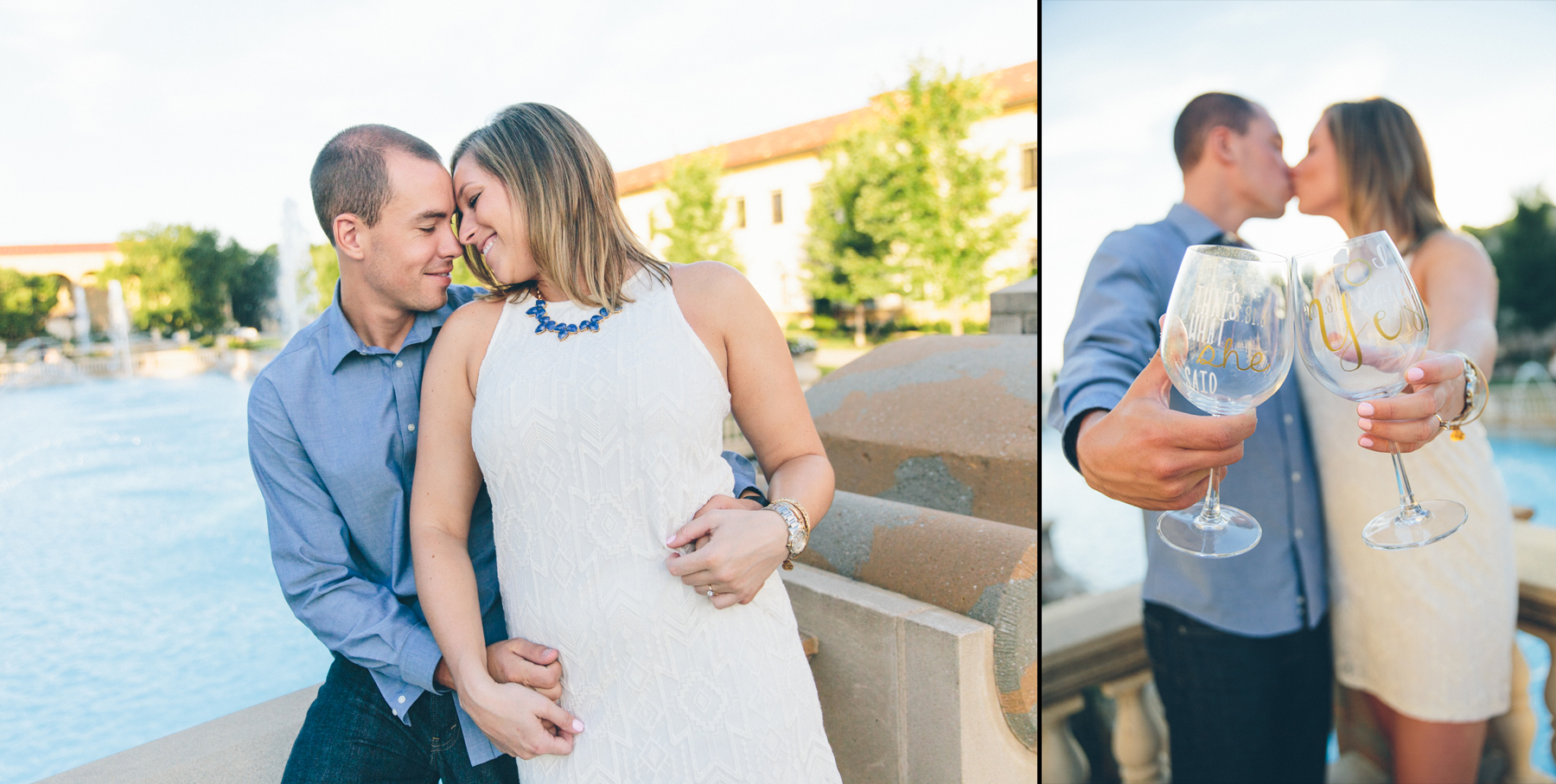 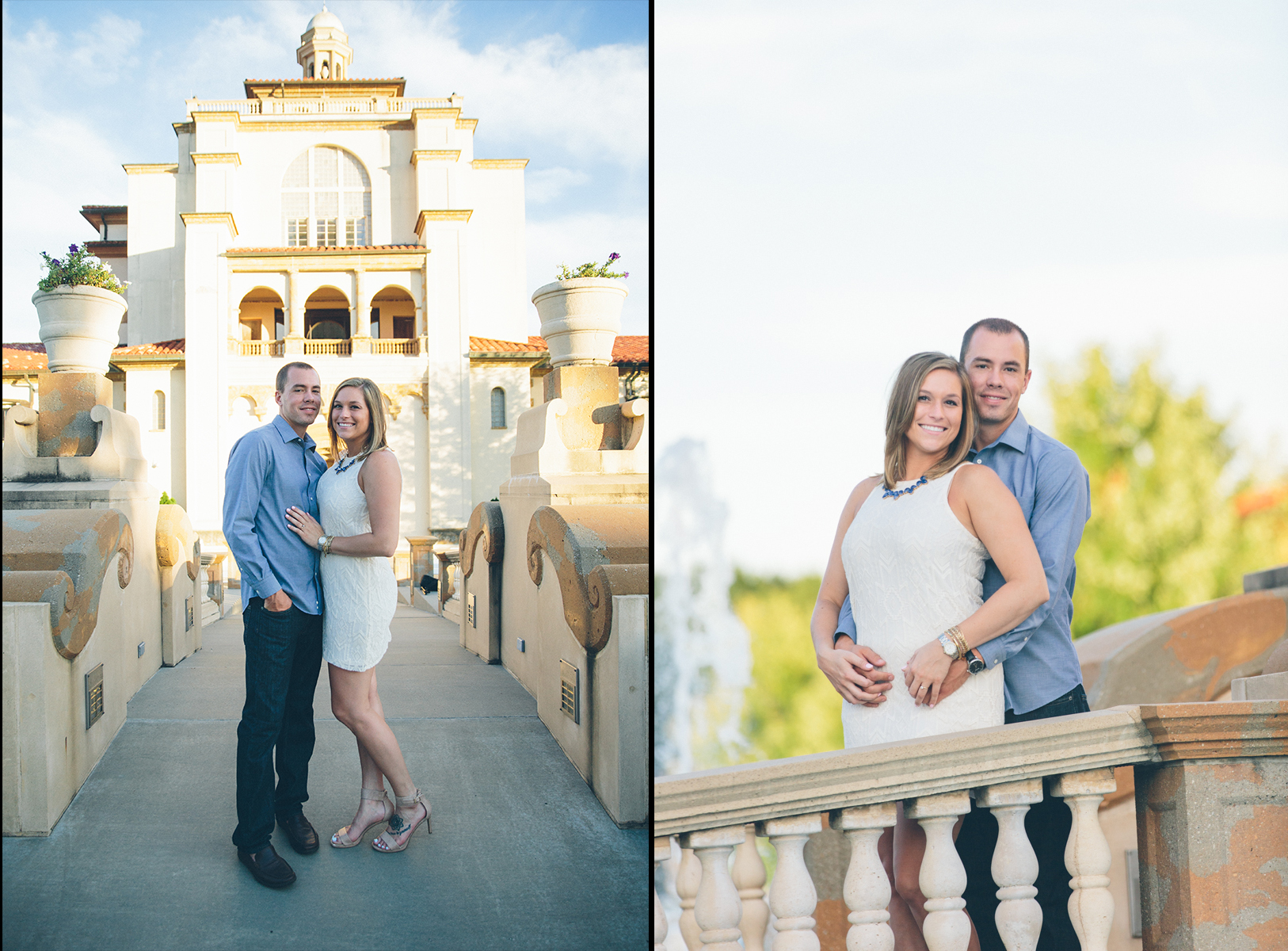 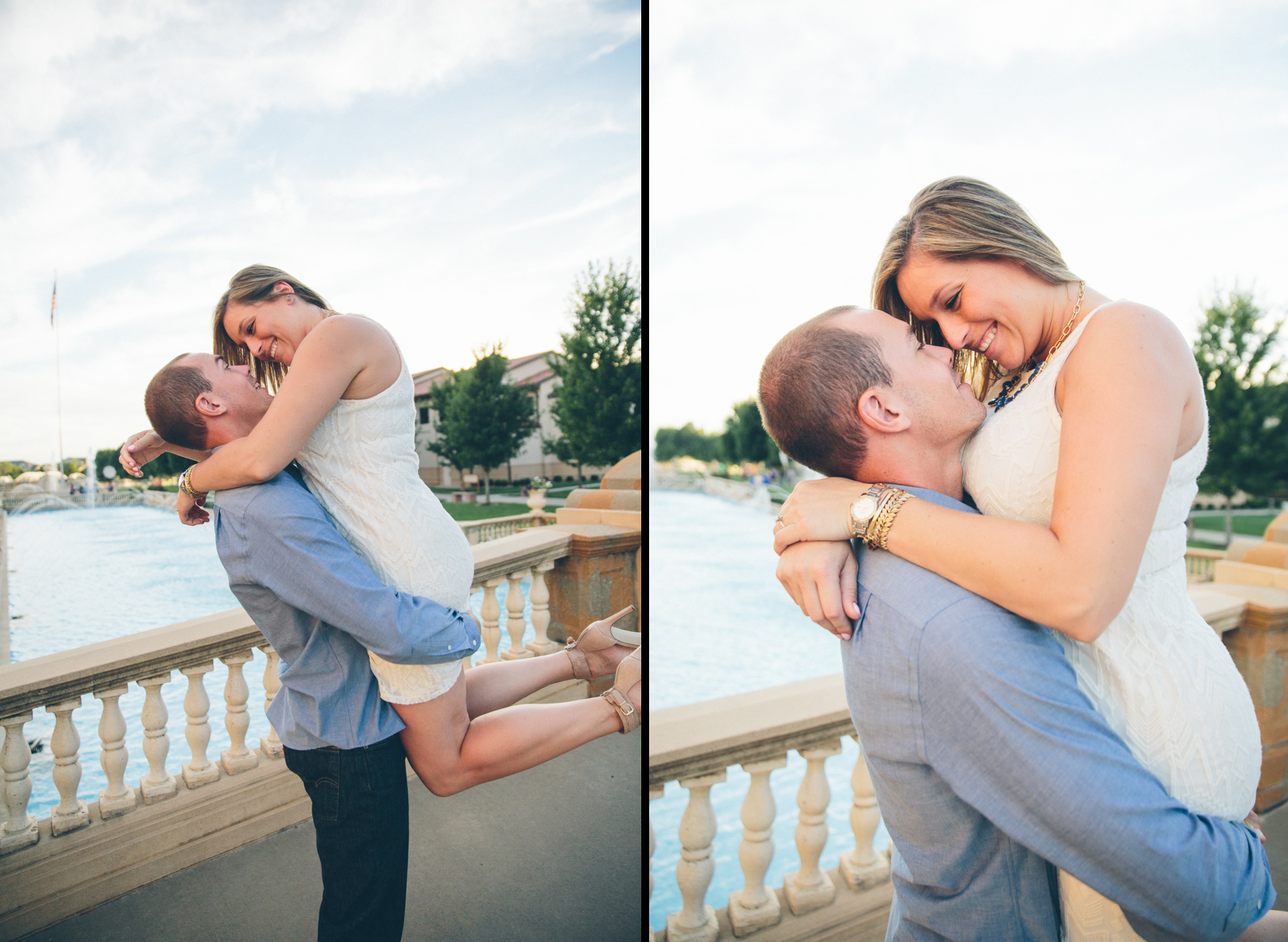 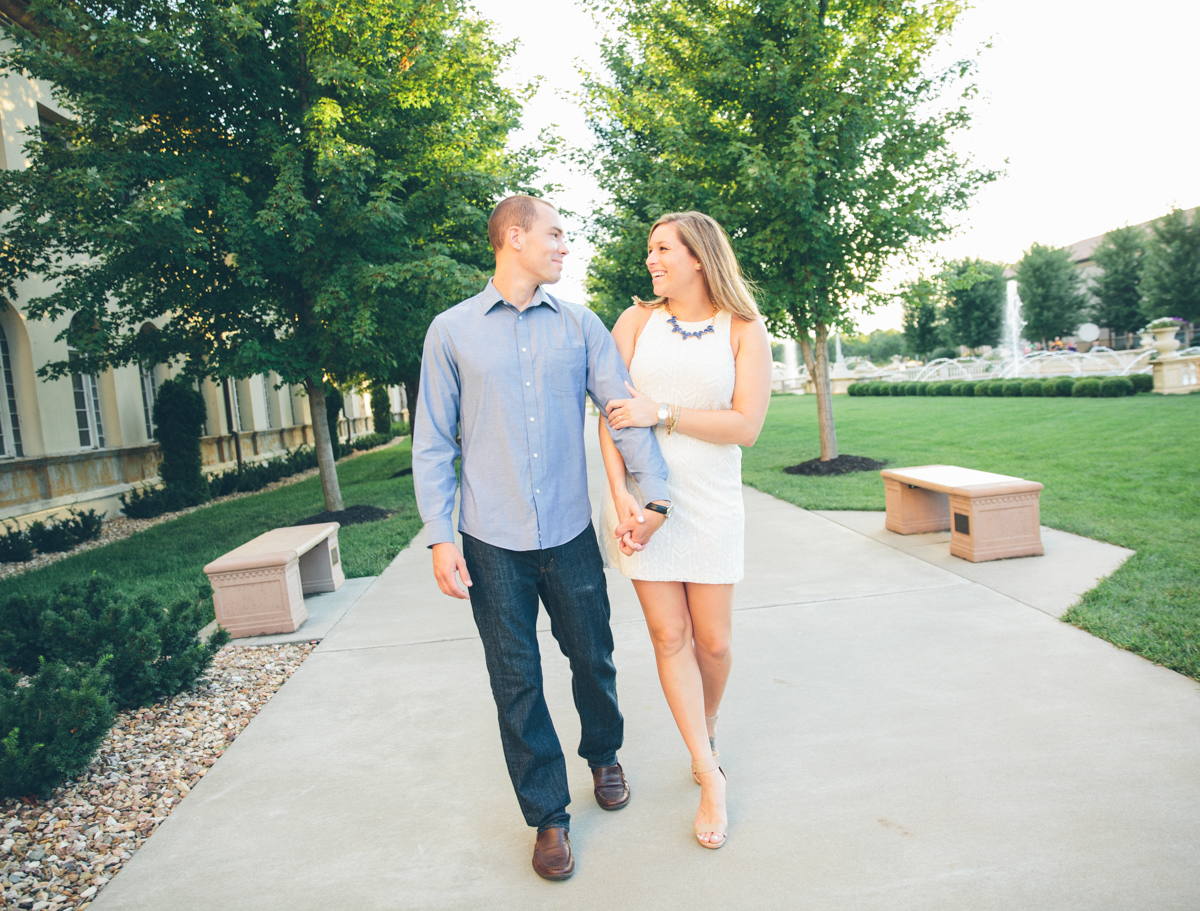 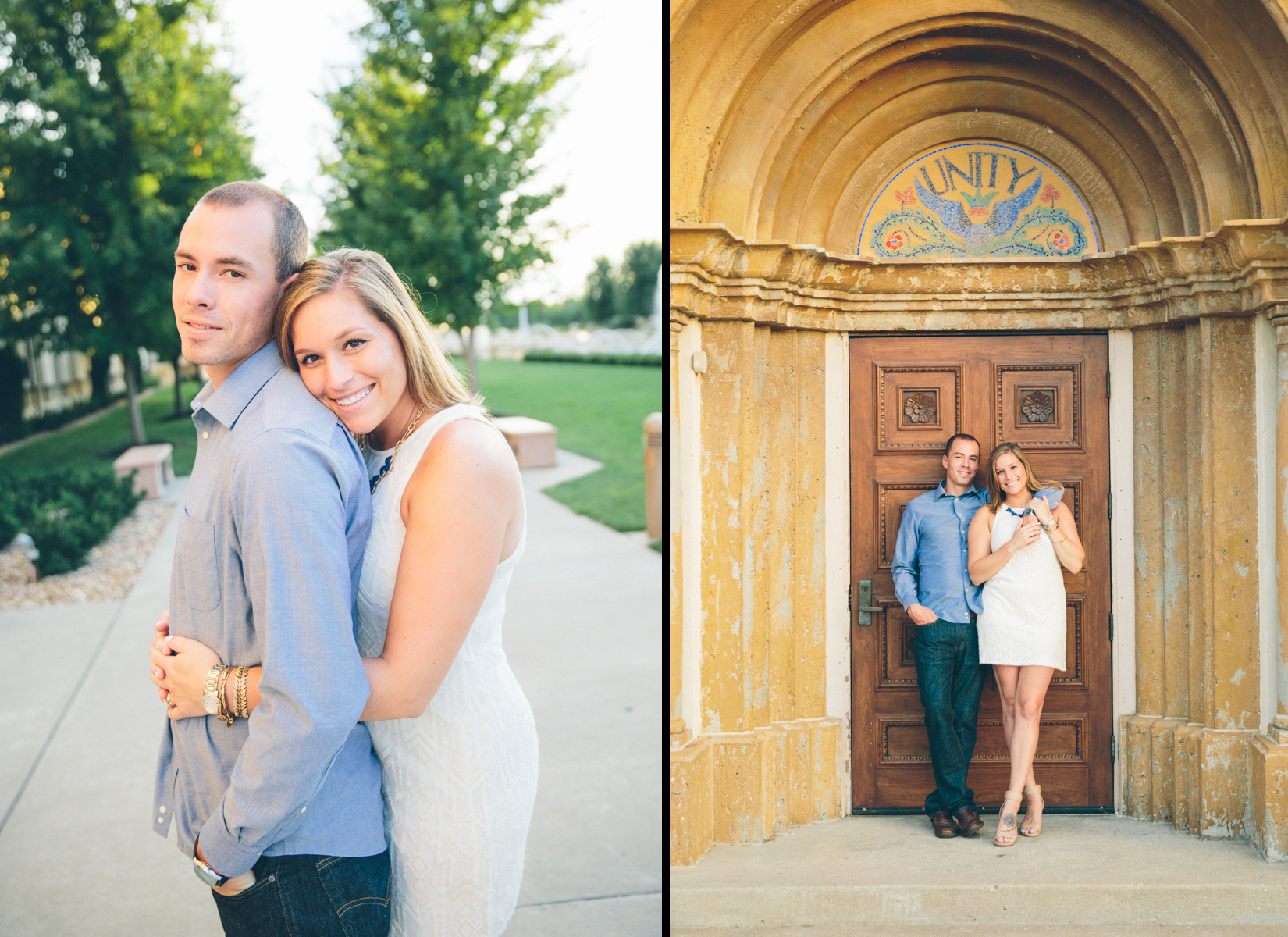 I don’t think you could order up a better backdrop for an engagement photo than a roman archway with the word UNITY in the middle. I mean, SRSLY! 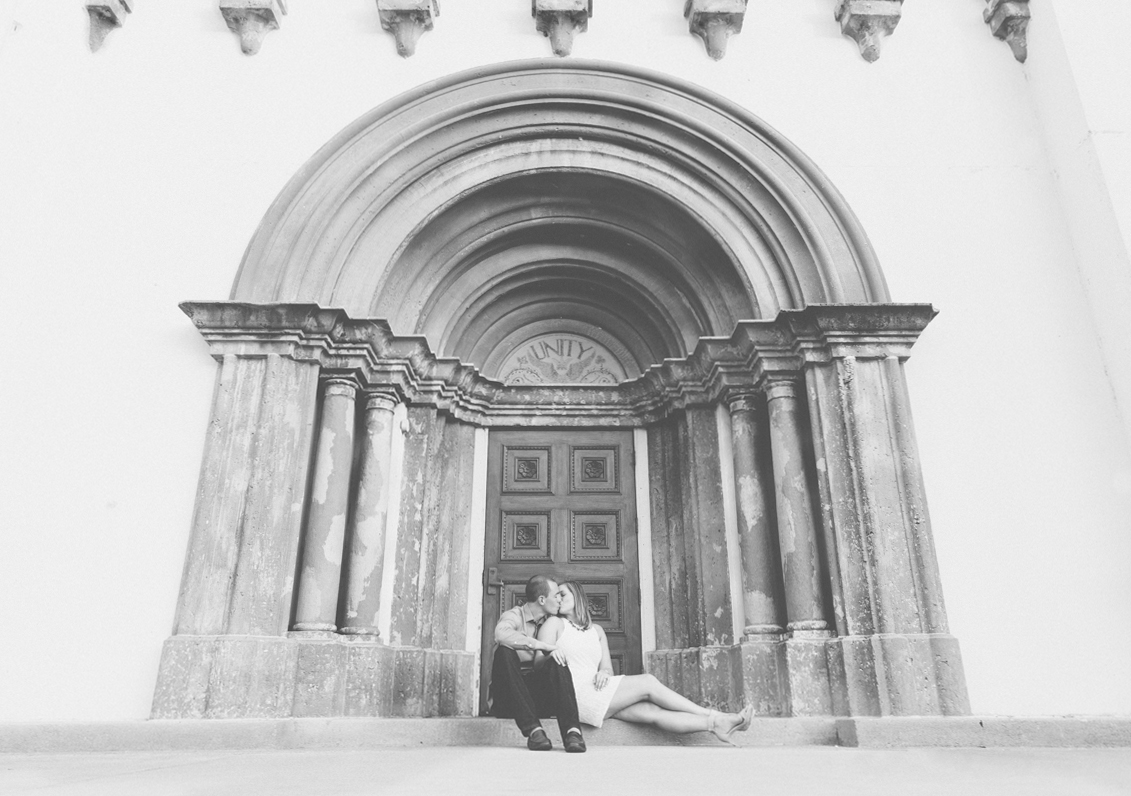 Digging these photos? Check out some of my other Engagement Posts!